It's late, but I'm GOING TO POST THIS TODAY!

Did I overeat this week on any given day?No, actually last Friday I got  bad stomach virus and could hardly eat anything until Monday. 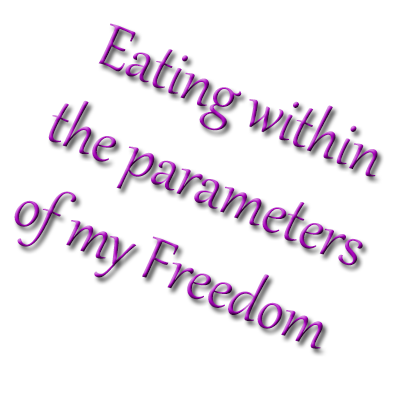 Did I move more and exercise regularly?Not really - was too sick to even try most days!  I did a workout on Thursday, and was able to do a few moves on Tuesday, but forgot today as I had to take Christy in for her swallow study (actually didn't happen due to a clerical error, so that's happening tomorrow morning instead!).Do I feel lighter than I did at this time last week?Most definitely - hollow described me most days this week, and most of today too, but a great dinner tonight gave me a very satisfied feeling (Alfredo Sauce + Chicken pieces + Dream Fields Angle Hair Pasta and lots of green beans with lots of butter!).Did I eat in secret or out of anger/frustration/happiness?Nope. but I had lots of reason for happiness this week, but I can't post about it yet.....I actually purchased veggies and fruit instead of chips and dip, and I just avoided the white buns and had a great meal!Did I feel that, at any time, I ran to food instead of to God? 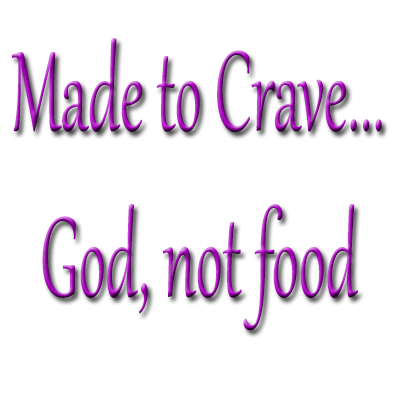 No.  I did better, but I also had more challenges and did much better at praying about the challenges I was facingBefore I hopped on the scale, did I think I'd had a successful, God pleasing week?
Mostly - I did have one thing this week that was not "on plan" - when I was so super sick and trying to find ways to eat that would not cause my stomach to hurt and yet be satisfying, I resorted to have a cheesy roll on a white tortilla shell.  But I am happy to report that I did not resort to saltines and ginger ale which is my normal "go to" for stomach illnesses.  I mostly had whole wheat toast with butter and/or cream cheese (I was too weak to actually fix any food for three days).

On Monday morning I had lost 6 pounds from being sick, but as I expected on Tuesday I had gained 1 1/2 pound back.  This morning I was very surprised to see that I had actually gone down another 2 pounds, putting me just 1 pound above my lowest weight last summer.  Two more pounds and I will officially be at my lowest weight in 14 years!  (14 years ago I used the Atkins diet to lose a lot of weight very quickly, but my healthy suffered greatly from that experience.  I would have to lost another 46 pounds to reach and low weight I achieved at that time, but I was not exercising at all during that weight loss, so I might actually be thinner at a higher weight than that with the dense muscle that T-Tapp builds!

My goal has nothing to do with a weight, actually, but to do with size.  I want to be able to fit in my wedding dress for our 30th wedding anniversary at the end of March....it will take a miracle, but it might happen!  When I got married, I was 63 pounds lighter than I am now, but I know I will fit in the dress and yet weight more than I did then.

Oh - and I finally found my measuring tape today and will start measuring tomorrow, so next week I will include my weight loss and my measurement loss!

And I do still plan to blog about my menus and meal plans and favorite recipes, this was just not the week!

Until next week - keep making good choices and turning to God instead of food to meet  your needs!
Posted by Unknown at 9:09 PM