My posts on Trim Healthy Mama (THM) and T-Tapp are getting a lot more attention/hits than my average posts about our family, so I thought I'd give you all a little update on how I'm doing.

In preparation for our son's wedding and for our trip to Eastern Europe I was trying to be as consistent as I could possibly be and it paid off! 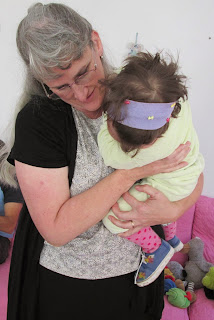 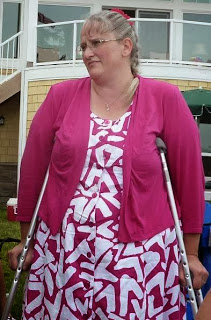 At the end of September, I had officially lost a total of 90 1/4 inches since starting T-Tapp (13 months total).   I was too busy to measure after that.  I stayed on plan for eating right up until the day before Jeremy's wedding.  After that point I went to eating as healthy as I could under the circumstances, with a few treats here and there.  This meant I made far better choices while we were traveling than I usually do!

The result of healthier choices was that for the first time ever I experienced no digestive trouble while traveling, with the exception of the very last flight (ate french fries forgetting in my tired state that I do not tolerate french fried unless they are not fried in vegetable oil...Five Guys Burgers and Fries, for example, deep fry their french fries in peanut oil). 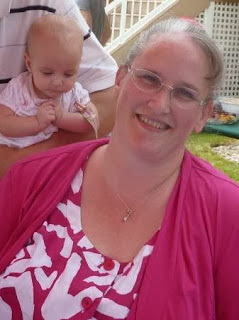 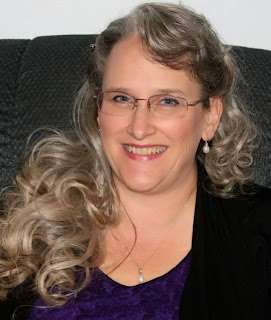 I also did not do T-Tapp after the wedding.  I did, however do the primary back stretch the morning after we arrived in Christy's country as the long flights had really done a number on my circulation, my back and a few other places.  It really helped me to feel like I could move again.  I had planned on  doing this more, but it just plain slipped my mind.

I really expected that traveling would mean that my neck/back would get messed up, as that always happens when I sleep anywhere besides my own bed.  Due to the strengthening of my spine, I was able to sleep in many different beds, and even in an airplane, and I never had back or neck problems!  I've had some issues with some tightness in my right hip in just the last week, but I'm doing some stretches and have high hopes that doing T-Tapp again will resolve this!

Normally, in the so many times that I have done diet and/or exercise plans, I'd bounce back once I went off them.  I'd gain back some, if not all, the pounds I had worked to hard to lose.  Not this time, baby!  I ate healthier as I have come to appreciate the benefits of eating good foods.  But I did have some decadent deserts and even some chocolate bars and other naughty foods!  I was active, but not doing any "workout" and I maintained for 6 weeks!  Unheard of!

So now I have recovered from the trip and am ready to get back into the program.  Last week I ate on plan for most of the week, but had a few too many treats over the weekend so I'm more than ready to start eating the THM way again.

Since it had been a whole 6 weeks since I had done the Basic Workout Plus, and since I had found all my T-Tapp DVDs (some had gone missing), I decided it was time for a new workout.  Today I did the instructional for Healthy Hormones, Menopause Management.  I wasn't able to do the entire workout due to time constraints (it was much longer than I had planned for), but I only missed out on the T-Tapp Twist and Hoe Downs.  I'll do the entire workout on Wednesday.  It felt wonderful!  And, as usual, I could tell that I was losing fluids due to the wonderful effects of T-Tapping.  It really works the body in such a way that it sheds any fluid retention!

Yesterday, I even had someone ask me if I had lost a lot of weight!  I saw her last at the end of the summer. Man, did that ever make my day!

And you know, eating the THM way is so not depriving....I had a chocolate muffin (Muffin In A Mug) for breakfast with a tall coffee with heavy whipping cream and Truvia.  Both were delicious, satisfying, healthy and kept me from getting hungry for over 3 hours!  I'm not supposed to go so long between meals, but I was gone all morning and did not plan for my snack!  Oops!
Posted by Unknown at 1:33 PM