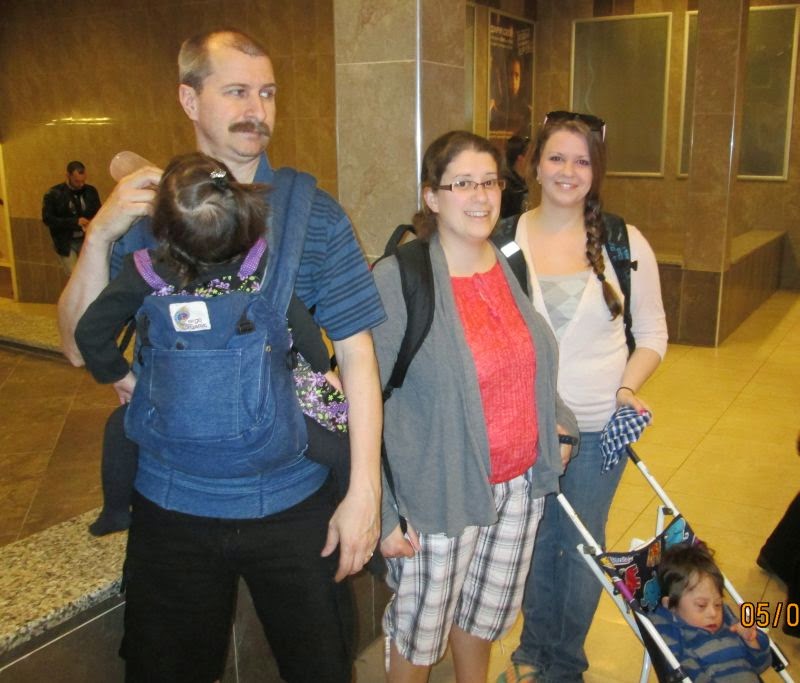 Saturday was a relaxing day at the hotel.  We had begun to get in the habit of eating breakfast in the hotel restaurant, then having snacks for lunch (instant oatmeal, fruit leather  and maybe some chocolate), and then eating dinner either in the hotel restaurant or going out somewhere (or doing room service if we were really lazy/tired!).  We were also falling into a routine of Daryl taking a late morning nap while I watched Christy, and I took an afternoon nap and it was really working well.  This day, however, Christy had gone into hyper exploration mode and was testing the sounds that different things made when she would kicks them - walls, doors, furniture...the louder the noise the better - but it made it difficult for our naps!

We had made plans to go to Jeff Shepherd's home to have a home made meal with his family, and we would be joined by two other adoptive families!  We left the hotel with Corinna W, her sister and her newly adopted son, Silas and walked to the meet up point.  Jeff was to meet us at the subway station to introduce us to traveling in the amazing underground system that is in Sofia. There was a little mix up (my fault completely) but it made for a unexpected blessing!  While Jeff was waiting for us outside the subway entrance and we were waiting for him down in the subway walkway, he spied some familiar faces!  There was a third adoptive family, the Hrbecks from Texas) who had just arrived that day for their first trip, and had been taking a walk!  So we all joined up and walked together for a few blocks and got to know them.  This also had the benefit of giving us new people to eat meals with and go shopping with for a couple of days! 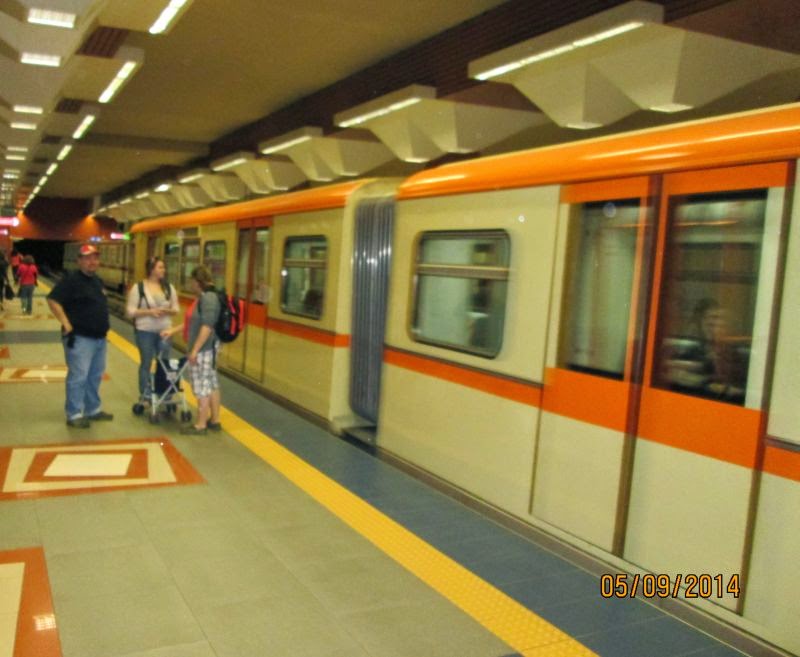 Jeff is in this second photo talking with Corinna and her family, with the subway wizzing by just a few feet from them.  We then met up with the other family, Heather B, her mom and her newly adopted son, and took a few minutes to tour the Cathedral in the center of Sofia (no photos allowed), and then headed down to take the subway.  It was about a 15 minute ride, and Christy loved it after a few minutes.

Daryl had taken to carrying her whenever we went out, using the Ergo.  This was the best way and it kept her feeling secure.  Daryl got lots of looks from both women and men as I never did see another man using a carrier to carry a child or infant there!  I told him it made him a "chick magnet"!  We also found it funny as in the subway there were movie posters for some movie that showed a man using a similar carrier to carry a child! 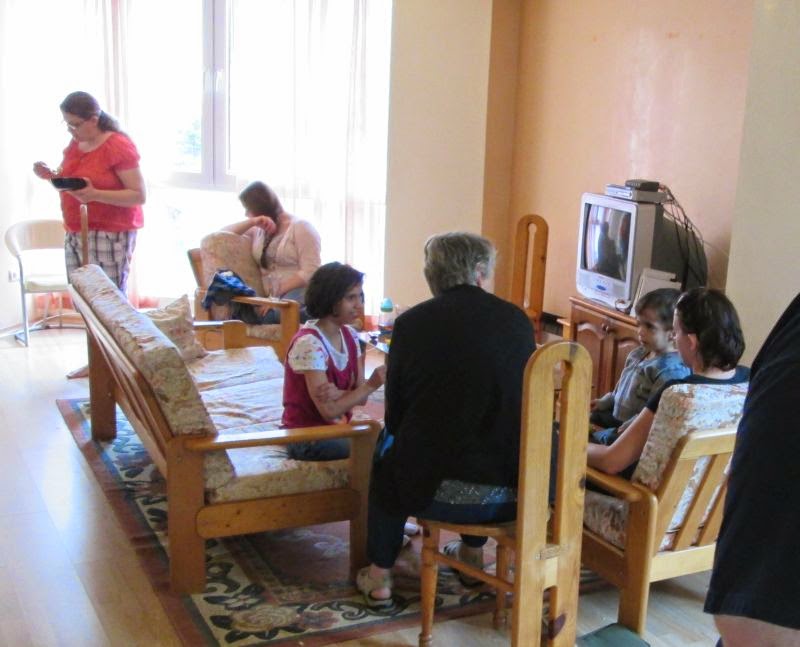 We got off the subway and walked a few blocks to his apartment.  There we met his amazing wife, Lisa, and his son and daughter (who they adopted from Bulgaria 3 years before).  They both work at the American English Academy in Sofia teaching.  They are "working missionaries."  There we were welcomed into a most enjoyable home setting, and served an amazing dinner of Bulgarian style foods.  It was so fun to let our children mingle, to talk Star Trek stuff with Jeff's daughter, and watch Christy explore their home.  Christy's favorite room was the kitchen, especially the near mirror finish on the oven door!  I also found out that week that Jeff and Lisa are Settlers of Catan players, a game that our family discovered recently.  They invited us back for a game night Monday night - that was definitely something for me to look forward too! 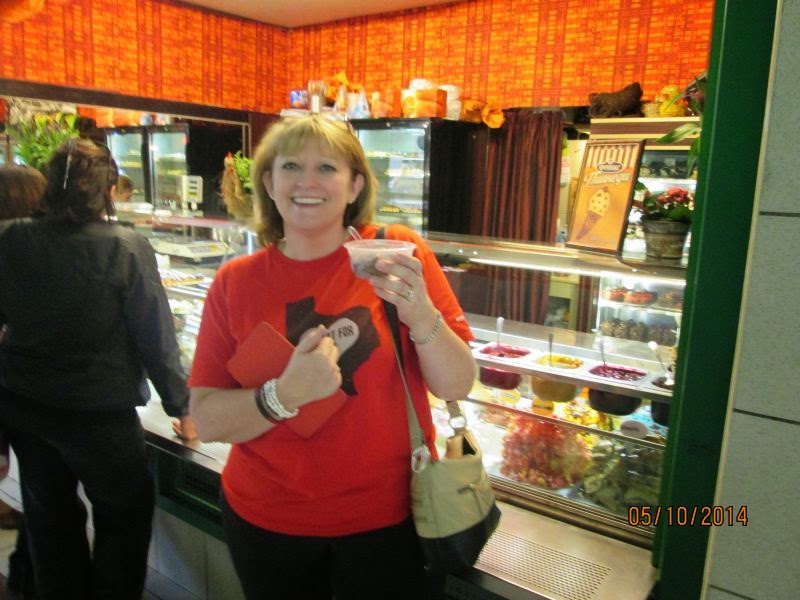 All too soon it was time to head back to the hotel.  Jeff accompanied us to ensure that we got where we needed to go (until we were on familiar territory).  He was a great host and it was fun to get lots of trivia about the city from him.  He also invited us all to attend church with him, but I was feeling a little off, so we declined.  The other two families accepted his offer though.  He also introduced us to the amazing Ice Cream in one of the small shops in The Market!  YUM!!

Once back at the hotel, we settled in and prepared for bed.  Christy was worn out and went to sleep quickly, and so did Daryl.  But the heat had gotten to me, and I was quite miserable.  After a couple of hours, I was able to sleep though, and I felt fine again in the morning 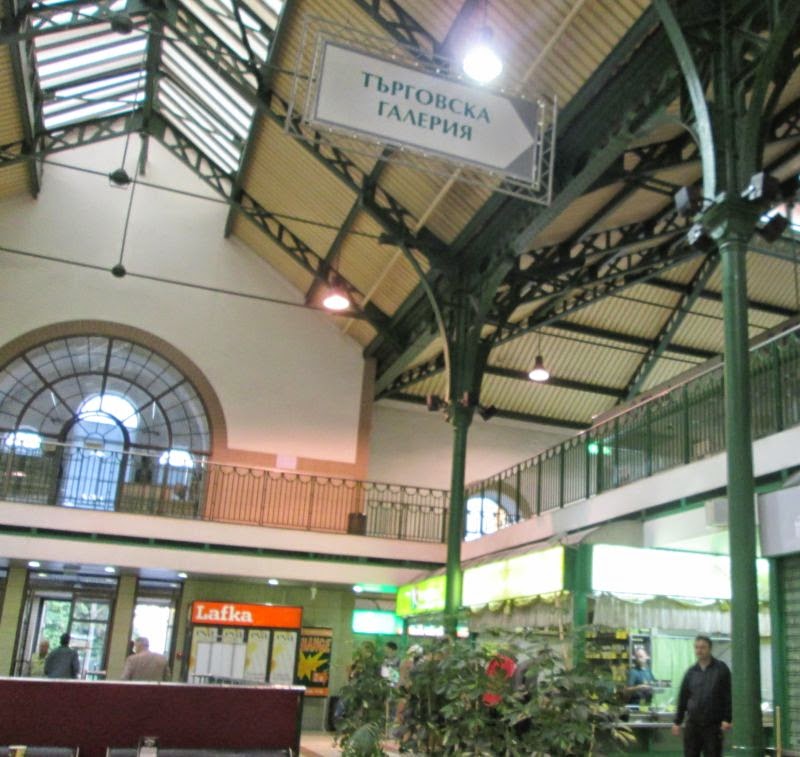 Sunday was Mother's Day in the US (but not in Bulgaria - they celebrate something similar in March).  We had a quiet morning in the hotel room, and in the afternoon I went shopping with the two other moms in our hotel room.  We had a great time (both children were napping at the hotel with -Christy with her daddy, Silas with his Auntie).  We walked to The Market and did some souvenier shopping and had some Ice Cream again!  We were acting like kids and had a blast!  Were were all getting along so well and brought out the fun in each other in spite of jetlag!  Three new friends from three polar opposite parts of North America tearing up the town on the other side of the planet - only God could orchestrate such a blessing for us three that day! 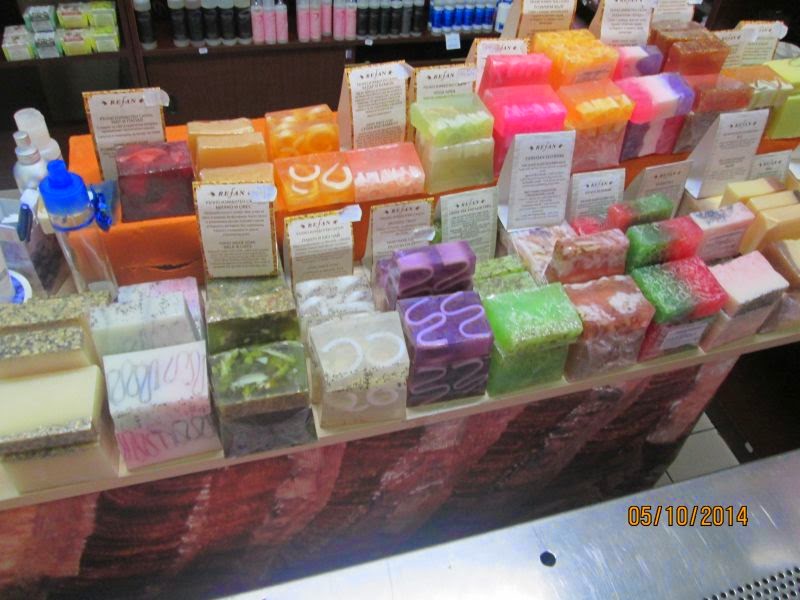 I enjoyed finding some very unexpected things in the little artisan shops there - hand made soaps, inexpensive organic Rose Water - something Bulgaria is known for!  We are going to finally get to make Turkish Delight this year while we watch Narnia at Christmas time!  I also found matching dresses for Christy and Carese and some fund things to bring home for the other children.  Only some of the shop keepers spoke English, so it was a challenge at times to make transactions, but we did make it through eventually! 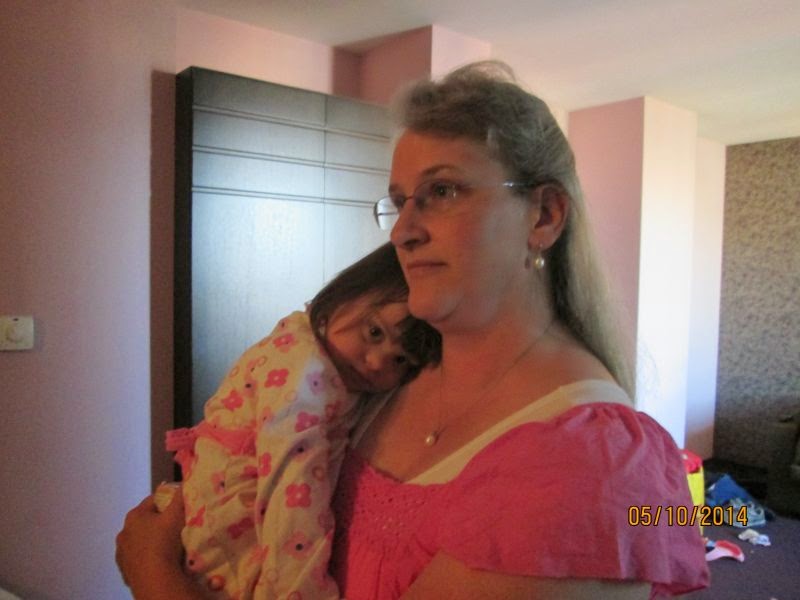 I did have some great times with Christy on Mother's Day too - I dressed us up to match even!  She had several of her amazing "I am SO happy" moods and I even got one video taped!  By this day we were beginning to notice that she was able to have more control and flexibility with her right hand/arm, but we weren't quite sure...time would show us that we were right!

Our day ended with the amazing night of giggles from Christy's crib.  I know I posted it in my last blog post, but I was a little mixed up - that was actually Mother's Day evening...such an amazing gift to be given on Mother's Day!  Starting with fun with Christy, then fun with friends, skyping with the children and ending with a hour long giggle fest in the dark.  Even though Mother's Day was spent away from the majority of my family, I was blessed.