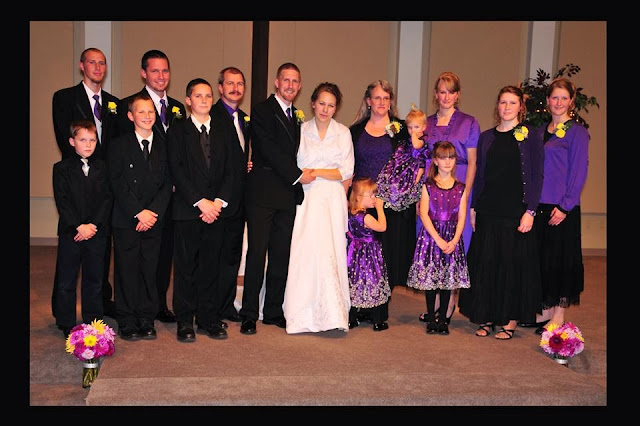 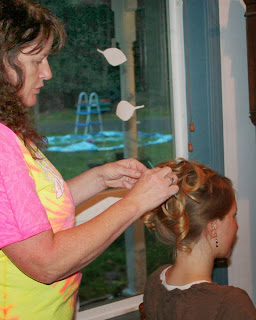 I just realized today that with all the craziness of leaving for Eastern Europe just days after Jeremy's wedding, I totally forgot to blog about it!  So, here is that day, almost 2 months ago now!

It really started early in the morning, with my sister, Beth, getting some hair done for our girls.  Rebekah, Rachel, Elizabeth, Esther and I all had our hair done at home, and then she left with me and the girls to go to church where she fixed Jessica's hair.  She did an amazing job!  We all looked marvelous!!!!  Daryl brought the boys with him. 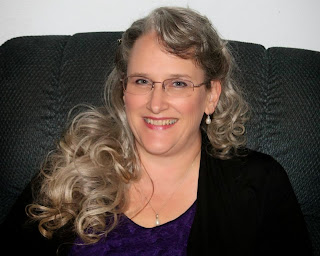 Beth also took lots of photos for me, most of these are her photos, and the other are from the photographer who was hired, Furry Portraits.


I had brought all the children's clothes to the church when I went for the rehearsal, as I had a nightmare earlier in the week about forgetting the clothes at home.  This actually worked very, very well.!  So once we arrived at the church I began the process of getting the little girl's dressed, and spending some fun time in the bathroom with the girly part of the wedding party.  Bringing in the little girls all dressed up was a highlight of my morning!

All my family looked their best.  The girls in their new clothes were amazing.  The three oldest young men of mine were so stunningly handsome in their tuxes!  My husband, all decked out in his new, first ever, suit was amazing too!  I had fun shopping for him - all new everything! 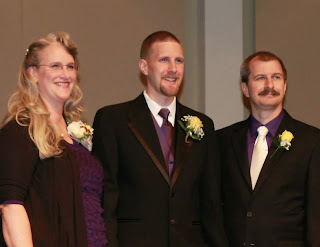 We were all ready ahead of time, but that worked amazingly well.  The family of the bride were having a little trouble getting everyone ready, so we had our photos with Jeremy first, and then the brides family did theirs.  They did no do any photos of the bride and groom together ahead of time as they had planned for Jeremy to see Samantha in her wedding dress for the first time as she came down the isle. 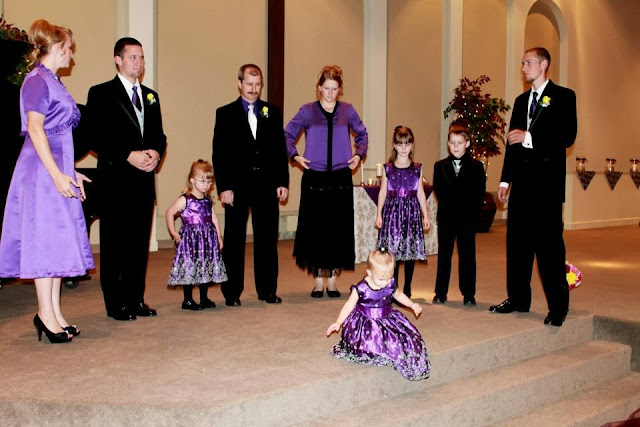 After the photos, Jeremy was sent to hang out in the conference room, so he wouldn't accidentally see his bride.  I did the motherly thing and brought him some pain killer for his headache and made him drink some water.  I also got to pin on his boutonniere earlier! 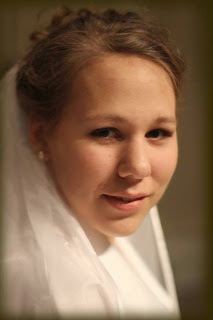 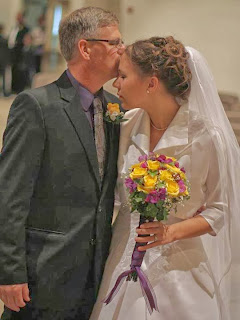 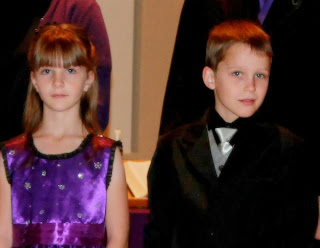 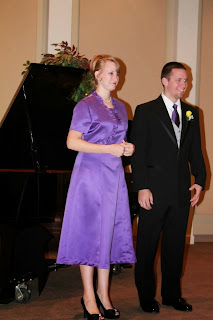 Then we had time to just hang around and greet the guests.  The little girls stole the show, I must admit.  We also had two women helping me by watching after Esther and Carese, mostly in the nursery, but taking them out and about and where they needed to be for photos and such.  This worked so well. I really didn't have to worry about them at all.  They did an amazing job of keeping them happy all day. 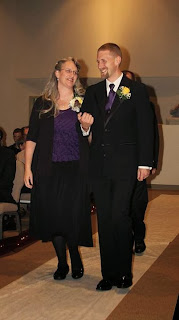 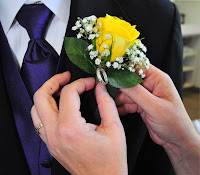 Then before we knew it, I was told it was time.  My entry with Jeremy was the signal that things were beginning.  I was supposed to look happy, say witty things to Jeremy on the way up and then sit down.  I have no idea what I said to him, except something about being so very, very proud of him.  Then spontaneously I kissed him on the cheek before sitting down, surprising both of us, but I'm so very glad I did it!

Then I sat down between my husband and my mother, holding hands with both of them and trying to not cry!  I can't just wax nastalgic though, as after the mother of the bride, my friend Julie, sits down, both of us have to, in sync, walk up onto the stage and light the unity candle! We pull this off without a hitch, and I even spontaneously hug after lighting the candles.  She shared with me later that it did her good, helped her to calm down.  I just know it was the right thing to do at that moment.  We've been friends for a long time now (around 10 years) and it was so wonderful to have our children go through such an amazing, God honoring courtship, and now to be getting married.  It was just amazing... 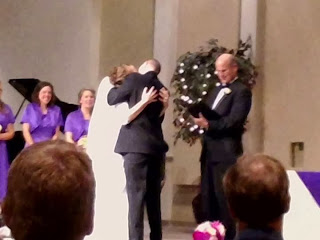 And then it was time.  The bridesmaids made their entrance.  Jessica looked like a model or something.  Graceful and beautiful!  The adorable little flower girl tripped going up the stairs, but the pastor saved the day and got her where she belonged.  Then there was Sam, coming down the isle, looking radiant! 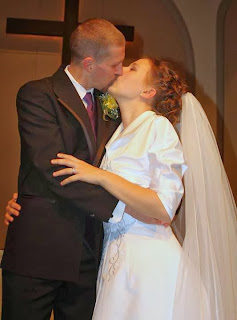 The ceremony went perfectly.  And you could see everyone's excitement as the moment approached...their FIRST EVER KISS!  This was, for both of them, the first kiss of a lifetime.  They did a great job, as you can see.  Another friend of mine sent me this photo that she took with her phone.!

Before I knew it we were taking more photos, and they got more kissing practice too!  After that, it was time for the reception.  It was fun, and the games made it very enjoyable.  The nice part about being a parent in a wedding is that you always get front row seats!  I loved everything about that day.

Jeremy and Sam looked so in love that day.  Their sitting so close together at the reception (for the first time too), was endearing.  I just couldn't take my eyes off them.  Then it was time to say good bye, and then they got to leave, after emptying the Mustang of a million balloons first, for their honeymoon. 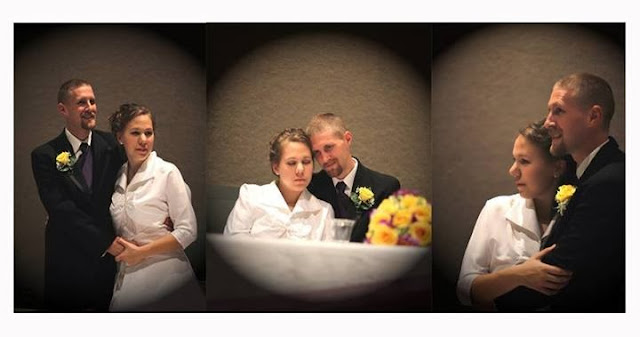 God has richly blessed us with an amazing son, and now an amazing daughter in law!