I admit it, we are Dr Who fans.  We are late in coming to this, but this year we discovered Dr Who, and have watched every episode from the newest series.  The blame lies squarely on our oldest son, Jeremy's, shoulders!  He got Jessica to watch the 2009 Dr Who series with him, and she encouraged us to watch...we actually watched the first few from way back in the 60s and Daryl enjoyed them but I was not interested.  So when Jessica got the Dr Who, with Matt Smith, on our Netflix queue, I was not really interested.  But I was so wrong.  We watched all the Dr Who that had Matt Smith as the Doctor that we could get at the time.  His companion for this series was Amy Pond, played by Karen Gillian, and she was very endearing and tragic. We were hooked, but left wanting more. 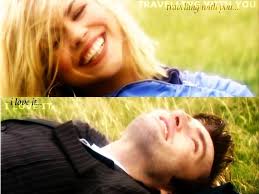 So we started watching all the episode starting with the March 2005, with The Doctor played by Christopher Eccleston.  While he had his charms, we were not thrilled with this version of the doctor, but found Rose wiggling her way into our hearts.  When it was time for The Doctor to regenerate, we had seen some clips of David Tennant as The Doctor, but we were skeptical.  Matt Smith was our favorite, after all.  And it took a few episodes (OK, so a lot of episodes), but we found that David was THE BEST Doctor of all...so far.  We just finished with the episode where Matt Smith is introduced as The New Doctor and we all have a need to watch a few with him again, just to see if the absence made us forget how awesome he was....time will tell (pun intended).

So, for all my readers who have not caught The Doctor bug (hehe), he is a Time Lord and is over 900 years old and travels through time and space, mostly combating aliens and saving worlds to make up for losing his planet to the Daleks in the Time War.  He travels in his time machine, that looks like a British Police Box, era 1950s.  It is called the TARDIS, which stands for Time And Relative Dimensions In Space.  When The Doctor "dies" he regenerates.  When he regenerates he looks completely different, and has unique quirks/mannerisms.  He like to travel with a companion, and they are almost always a young girl.  There have been older companions, but they are usually in their 20s.  The Doctor has always wanted to be a red head, and is always disappointed when he regenerates and is not a "ginger."  He is a tragic hero, which endears him to us.

Anyway....the epic villain in the Dr Who series is the Dalek.  The Daleks are full of hate and war and want to "exterminate" all other life forms, especially The Doctor.  There are lots of villains in the Dr Who episodes, but the Daleks just keep coming back, no matter how many times The Doctor kills them off.  The are relentless, and terrifying.  If you've never seen an episode, you might think they don't look very scary, but it's the voice and what they do to people that is terrifying....you have to see it to believe it.

Our younger children are not allowed to watch Dr Who, unless it's in the afternoon.  They are scary.  I don't even recommend this series to many people either.  I know lots of Dr Who fans, but there is a down side.  One of the writers is "deviant."  And it comes through in the episodes written by Russel T Davies, so I'd recommend being careful when viewing those episodes as they often have distasteful elements.  Davies stepped down from writing for Dr Who when Matt Smith became The Doctor.  Steven Moffat is an excellent writer and his episodes always have you on the edge of your chair, and they remind me of the early Hitchcock movies...thrillers, without the gruesome gore in his later movies.

So,why am I writing about Dr Who?  Well, our children were inspired to create a Snow Dalek.  The only problem is that we rarely get a decent amount of snow.  But last Thursday we were blessed with around 6 inches of perfect, compacting snow.   So they remembered their wish, and they made it happen.  It took hours, and more than one person. The majority of the work was done by Reuben and Rebekah. They also had to enlist the help of their dad to get the arms and eye right.  But they nailed it!  I send the images to our local newspaper, but we got ignored.  I guess there aren't enough Dr Who fans on staff there!

So, without further adieu, for all my readers who are Dr Who fans, I present "Invasion of the Dalek", Einfeld style! 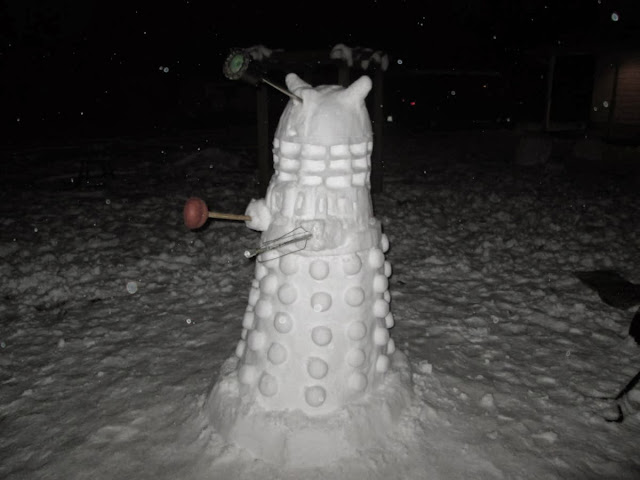 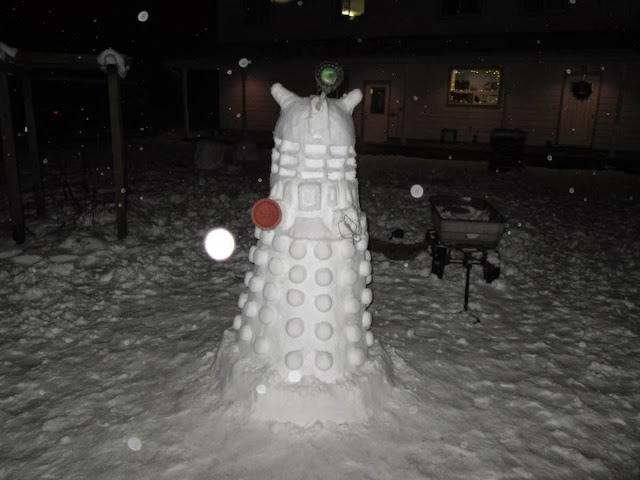 We just got news that our photo was recognized in our local paper!