Updates on Carese and Esther!

I forgot to blog about Esther's surgery here!  You can read all about  it and see her adorable photos on This Blog Post.  She and I got in lots of snuggle time during her recovery!  She's all better now and getting into trouble again!  She's just so stinking busy now! 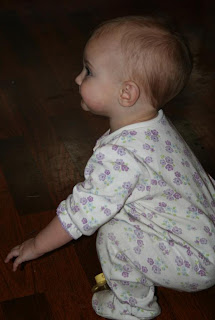 We are  now working on getting her glasses replaced (1 pair lost, the other pair broken, and the third pair she won't wear!).  She is on new insurance, so we can't get new frames for the one that broke.  We also lost one of her foot braces, so we had an appointment yesterday for that.  She was so happy to be out and about again.  Staying home all fall/early winter was hard on her as she LOVES to go "bye bye".  She was so social, saying "hi" to people everywhere we went. 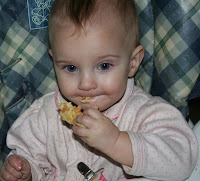 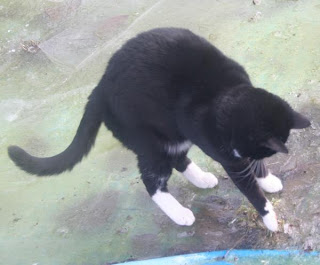 Carese is now walking.  She takes 4 - 5 steps at a time.  She's just so stinking adorable!  She's still wearing 6 months clothing, so when she walks around she looks just so tiny!  She's lost a few ounces in the last month due to starting to walk, so I am now trying to add some new "fattening" foods to her diet and pushing some that she already eats - bananas, avocados and such.

And here is our strange cat, Sweetie, playing on the ice.  She would stalk around and then jump straight into the air for no apparent reason other than trying to make herself slip!  She also plays with falling snow - jumping high into the air to try to catch the flakes.  Such an entertainer!